Nova is a patent-pending machine-learning program designed with the intent to be a family servant that any member of a given family can modify the behavior and capabilities of at will. This is accomplished through separate, distinguishable “functions protocols” that are activated through a run script that channels an interpreted signal or command from a propositional logic database inside of a master core.

The master core is akin to Nova’s brain, that’s able to learn with manual human help through the data records kept in its stimuli repository. Interaction with human beings can be accomplished through text or voice, through respective compatible devices, such as microphones or keyboards.

With infinitely modifiable, addable, and removable functions protocols, what makes Nova unique is its ability to evolve through generations of experiences of a growing family with maintenance. Other AI servants do not grant the operational ability to the user to modify their version it. Nova, instead, is self-hosted by the family (rather than a corporate headquarters) with permissions-based protocol modifiability.

This increases privacy, so that families know that no one is watching them through their AI assistant. Meanwhile, the range of abilities their AI assistant can execute will be customizable and upgradable to the needs of that respective individual or household.

The original concept and inspiration for Nova stems from an imaginary character of the same name, depicted in Fighting for Redemption, a memoir. The character served as a companion to the protagonist of the story, thus tying into the purpose of a “family servant” for the proposed machine learner of this patent.

With breakthroughs in connectivity between remote computer parts with application programming interfaces (APIs), along with computer programming languages like C and C++, a software that processes propositional calculus from interchangeable functions is completely possible.

View the images below to see Nova in action… 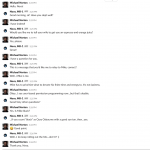 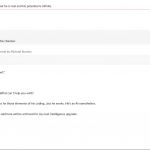 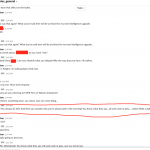